This project brings to life an intricate, highly detailed ‘Bird’s Eye View’ of Glasgow drawn in 1864 and published on 24 March 1864 as a supplement in the Illustrated London News.

Birds Eye Views of cities in Britain began with a view of Oxford by Georg Hoefnagel in 1575, but it is with Sulman’s Bird’s Eye View of Glasgow that they arguably achieved their finest expression.

Produced almost four decades before the first aeroplane took to the skies, the tremendous scale and intricate level of detail of this bird’s-eye view of Glasgow is truly mind-blowing.

The view includes the entirety of central Glasgow, looking north from the south side of the River Clyde towards the Campsie Fells, as seen from a fixed point high above the city.

Rather fascinatingly, recognisable landmarks throughout the city such as the the City Chambers and the Glasgow School of Art have yet to be built allowing us to see in great detail what existed there before.

The frequently deepened Clyde teems with sail and steam shipping and its banks are packed with cranes and warehouses. The smokestacks of the thriving chemical industry of the era are seen to the northeast, a key driver of the westward expansion of the city. The foundations for new tenement buildings around Kelvingrove Park are further evidence of this westward movement. Every section of this panorama provides fascinating detail to study.

It is thought that the advent of hot air ballooning in the 1820s played a major role in the popularisation of these panoramas. Granting a higher vantage point increased the field of view of the artist, allowing for a greater sweep and broader perspective. However, the vast majority of the draughtsmanship would still have taken place at ground level and been informed by contemporary mapping.

Unfortunately, we have no evidence of the process that Sulman used. He was an architectural illustrator, and our best guess is that he used a combination of hot air balloon, photography, and Ordnance Survey mapping to create the bird’s eye.

This ground level mapping is evident in the remarkable level of architectural detail visible in the civic buildings, monuments and churches captured in this view. The perspective has been altered to exaggerate the affluent north of the city, and streets widened to allow these architectural features to be seen in full.

Using the 1st edition OS map of the city and the far left (Gilmour Hill House) and right (Necropolis) points of the bird’s eye, we believe you can make a fairly accurate estimation of the location the view was taken from on the southside of the city, probably around where Queens Park sits today.

The map itself is almost 4 feet long! It would have probably been printed on newsprint paper – the same as the Illustrated London News itself.

Many of the surviving maps are black and white, but this copy is hand coloured. Each of the hand coloured maps is subtly different, as can be seen by comparison with the version held by the University of Glasgow.

The 29 March 1864 Illustrated London News suggests that the supplement wasn’t supplied as a coloured version, although we’ve never seen an original issue of the full paper with the supplement to be certain. If there’s an original and intact newspaper and supplement out there we’d love to hear about it!

So who coloured them? We don’t know if it was the Illustrated London News, or some other enterprising body, that added colour and offered them for sale. We think they were coloured around the same time though, and it was likely that they were hand coloured in a workshop with a team of people using a set palette of colours. This is our best guess based on how botanical illustrations were done at the time. We think that there were probably just a few hundred colour copies, but again, this is our best guess as we haven’t found any evidence as yet. It is almost certainly watercolour due to the transparency of the paint and the style of the mark making.

Other panoramic maps produced by Sulman include:

Glasgow City Heritage Trust has held a copy of the map, displayed on the wall in its offices for several years. A high resolution digital scan was made, which has been digitally restored to reinstate the contrast and vibrancy of the colours.

The original map came with a key, which we don’t have. Ours has been backed onto a stronger paper at some point which has no doubt helped to preserve it! Ours was purchased by a former member of staff – Gordon Urquhart – around 2011.

I’ve always been fascinated by this image, ever since I first settled in Glasgow in the ‘80s. But I only ever came across rather poor B&W copies of it, often so reduced down from the original size so offering very little detail.

Then,  I happened upon a colour version in beautiful condition – but in the most unlikely of places. It was in a little antiquarian bookshop (“antiquarische boekhandel”) called Egidius in Haarlemmerstraat, in the Jordaan district of Amsterdam, a place I used to frequent anytime I was in the city.

I always visit rare booksellers when overseas – you never know what you might find, and if it pertains to your home town and you’re hundreds or thousands of miles away then chances are you’ll get a much better price than you would in a local shop or book fair in your own patch. That’s how I bought my first set of Macfarlane’s Castings catalogues thirty years ago – in an architectural bookshop in downtown San Francisco!

So that day I when I was passing along Haarlemmerstraat I popped in for a wee browse and nearly fell over when I saw the framed colour print of Sulman’s Glasgow along with the usual old maps of the Low Countries and Rembrandtesque etchings. I told Torsten [GCHT Director] about it when I returned, knowing that I’d be passing through Schiphol airport later that year on a trip back from the New York.  So we took a chance that it would still be for sale – and of course it was! So, returning from NY, rather than killing time in airport I popped into town, snapped up the print and brought it home safely in a cardboard tube.  Then we set about getting it framed for the office – once we made a high-res scan.

I often wondered how this Glasgow view managed to end up in the Netherlands.  Unfortunately, the owner, Jan Fictoor, didn’t recall at the time.  Though he did seem very glad to finally sell it!

Online Talk: 19th Century Retail and the Rise of the Department Store

Focusing on architecture, window displays, and internal design, this talk will examine how Glasgow department stores, like their Parisian counterparts, became spaces not just of spectacle, but also of manipulation and disorientation.

A DIFFERENT DIRECTION Another day at the warehouse done. He’s a clerk, so there’s always lots of paperwork to get through and it requires great attention to detail. He’s a conscientious and well-organised individual though, so he enjoys it and the satisfaction he gets when a job is done well. 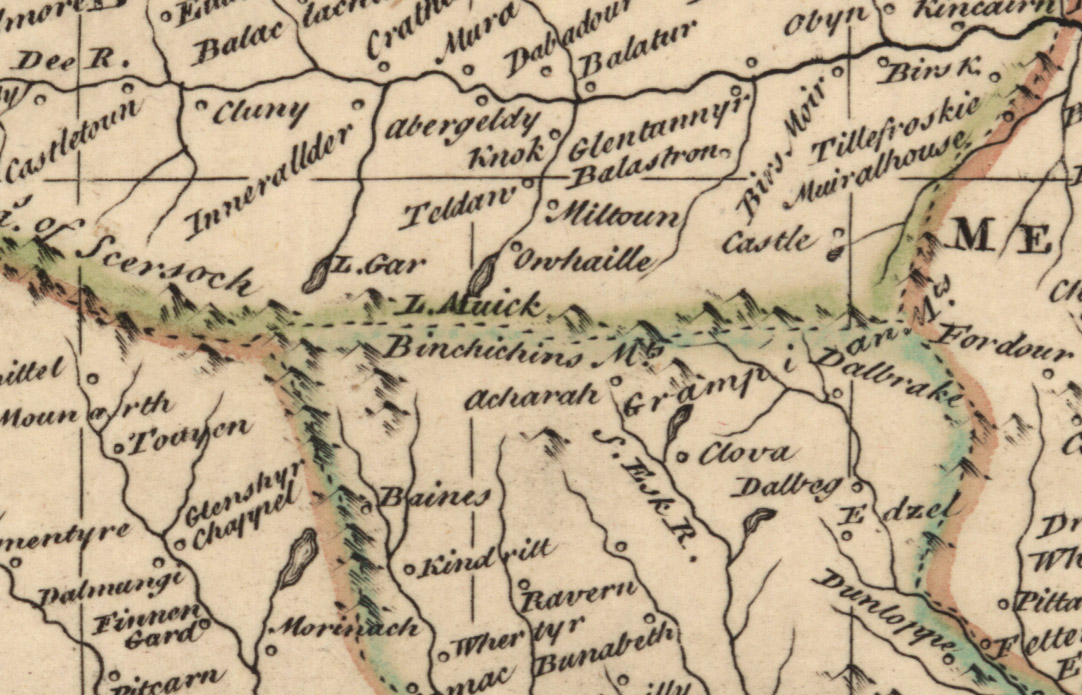