The phrase ‘Square Mile of Murder’ was first coined by journalist and author Jack House, whose 1961 book of the same name was based on the fact that four of Scotland’s most notorious murders took place within an area of one square mile between 1857 and 1908. The area stretches northwards from Blythswood Hill, in the western part of the city centre, to Sauchiehall Street and west towards Charing Cross. Turns out, the impressive architecture of the area hides a dark past…

MADELEINE SMITH: DID SHE OR DIDN’T SHE?

The earliest of the cases concerns the murder of Pierre Emile L’Angelier in 1857. The defendent in the sensational case was 22 year old Madeleine Smith, who stood accused of poisoning her lover L’Angelier with arsenic when he threatened to show her father their love letters after she became engaged to a more eligible man. The trial became a huge scandal, in part because Madeleine was from an upper middle class background, with her family residing at 7 Blythswood Square, a very prestigious address. The content of the letters also made clear she had a sexual relationship with L’Angelier, which was shocking at the time given her social standing.

Although circumstantial evidence pointed towards her guilt- she had a motive and had made purchases of arsenic in the week’s running up to L’Angelier’s death, several factors led to uncertainty: the chronology of her letters to him was unclear, both druggist’s testified that they coloured their arsenic to avoid accident (which was not found in the autopsy), L’Angelier’s Valet’s testified that he had previously considered suicide, and there was no proof that the two had met in the weeks running up to his death. The jury eventually reached a ‘Not Proven’ verdict.

The next murder of the quartet, in 1862, saw servant Jessie McPherson meet a grim end, by way of being struck 40 times with a meat cleaver at 17 Sandyford Place. Her best friend Jessie McLachlan was found guilty of the crime, after some silverware stolen after the murder was received by a pawnbroker from a woman called Mary McDonald, a name sometimes used by McLachlan. Bloodied clothing was also recovered from her home. She always maintained her innocence, accusing McPherson’s employer’s father instead. The man in question, James Fleming, had previous history of getting a servant pregnant and it was suggested he killed McPherson in a fit of rage when she refused his amorous advances.

Before sentencing, a final statement by McLachlan gave a detailed account of what had happened on the night of the murder, but this was dismissed by the Judge, who called it a “tissue of wicked falsehoods” and sentenced her to death. However, due to a public outcry, her sentence was commuted to life imprisonment. After serving 15 years in prison, McLachlan was released and emigrated to the United States where she died in 1899.

This case is notable for being the first Scottish police case in which forensic photography played a role, as the murderer had left a bloody footprint at the scene. Police asked McLachan to put her foot in a bucket of cow’s blood and then step onto a piece of wood. This footprint was then matched to a photograph of the one found at the scene.

Next up is the tale of serial killer Dr Edward William Pritchard. In May 1863 there was a fire at his house at 11 Berkeley Terrace, which killed a servant, Elizabeth McGrain. The fire had started in her room, but she had made no attempt to escape, suggesting she may have already been dead. The case was looked into, but no charges brought.

The family moved to 131 Sauchiehall Street (now number 249), and on February 28th 1865 Pritchard’s mother in law, Jane Taylor, who had been living with them, died. His wife, whom he had supposedly been treating for an illness, died a month later. Not long before the onset of her illness, she had discovered her husband was having an affair with a servant. She went to her family home in Edinburgh to recuperate, and recovered, but had fallen ill again on her return to Glasgow…

An anonymous tip off to the authorities led to both bodies being exhumed and it was found that they contained the poison antimony. Pritchard was arrested soon after his wife’s funeral. His insistence at her funeral on her coffin being opened so he could kiss her goodbye, with tears streaming down his face, led to him being given the nickname ‘the human crocodile’, as legend has it that crocodiles cry whilst devouring their prey.

Dr Pritchard was the last person to be publicly executed in Glasgow. Estimates vary, but it’s known that many thousands of people descended on Glasgow Green to watch him meet his maker.

Lastly, in 1908 the death of Marion Gilchrist was pinned on Oscar Slater. Slater had been born Oskar Josef Leschziner in Germany, but later changed his name to Oscar Anderson and then Oscar Slater. By 1901 he was living in Glasgow and is believed to have earned his living as a gambler and gangster, though he was known to variously claim to be a gymnastics instructor, a dentist and a dealer in precious stones.

Gilchrist, aged 83, had been beaten to death in a robbery at 49 West Princes Street. Despite having jewellery worth a lot of money in her home, the robber was disturbed by a neighbour and got away with only a brooch. A few days before the murder, someone had turned up at Gilchrist’s home looking for someone called ‘Anderson’. This, together with the fact Slater left for New York five days after the murder and had previously been seen trying to sell a pawn ticket for a brooch, meant he came under suspicion. Police soon realised this was a false lead, but applied for Slater’s extradition anyway and he voluntarily returned.

At his trial defence witnesses provided Slater with an alibi and confirmed he had announced his intention to go to America long before the murder. However, in a miscarriage of justice, he was convicted anyway and sentenced to death. This was later commuted to life imprisonment after a petition organised by his lawyers was signed by 20,000 people.

After nineteen years of hard labour in prison, Slater was freed through the efforts of a group of journalists, lawyers and writers, including Sherlock Holmes author Sir Arthur Conan Doyle. Slater’s conviction was quashed in July 1928 on the grounds that the Judge had failed to direct the jury about the irrelevance of allegations relating to Slater’s previous character. Slater later settled in Ayr, where he repaired and sold antiques. 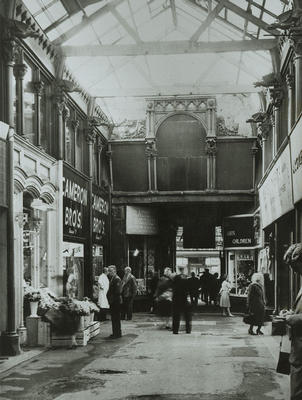 A Runaway Horse, Shoplifting and a ‘Peace Riot’

The second of our blogs by Morag Cross detailing the loves and lives of those connected to Queen Arcade, focusing on dressmaking and the refurbishment of the mall which took place in the 1870s. 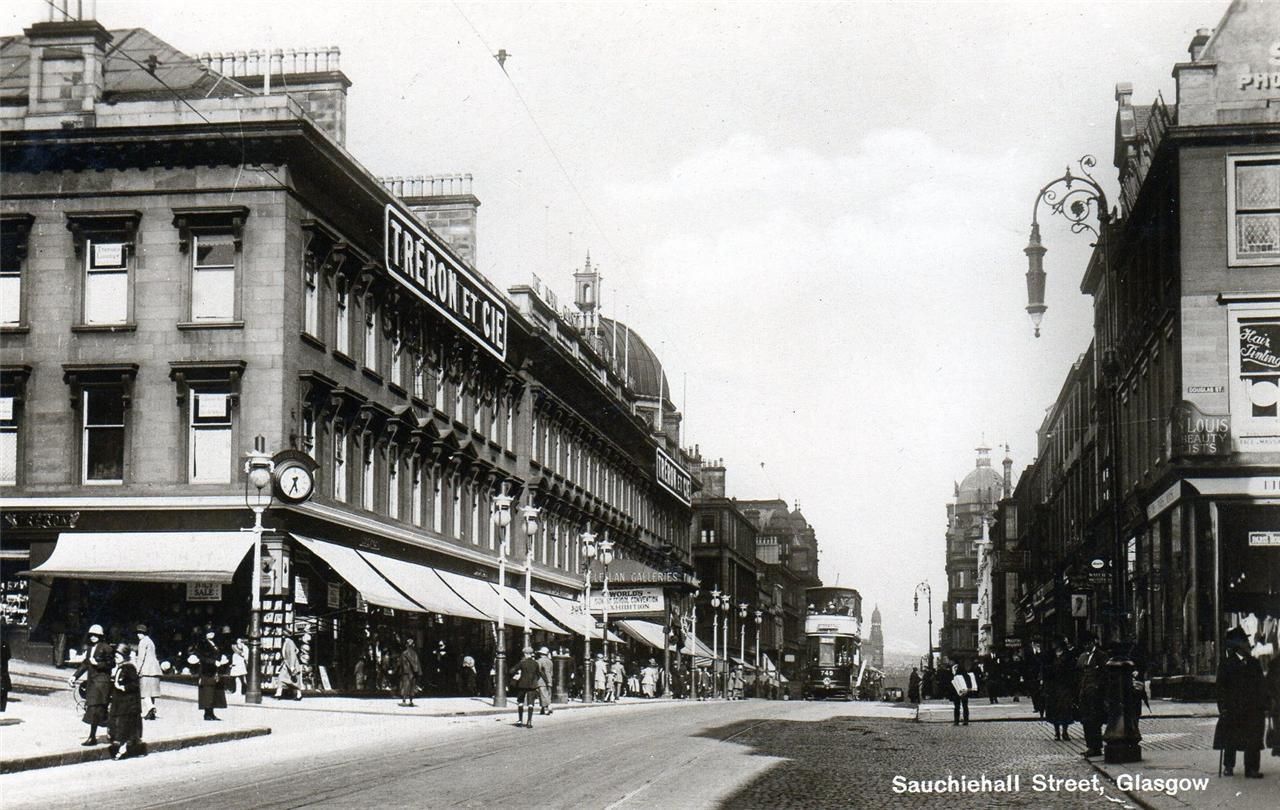 This blog explores how Glasgow’s theatres attracted black performers to the city through plays such as Uncle Tom’s Cabin’, which proved extremely popular. 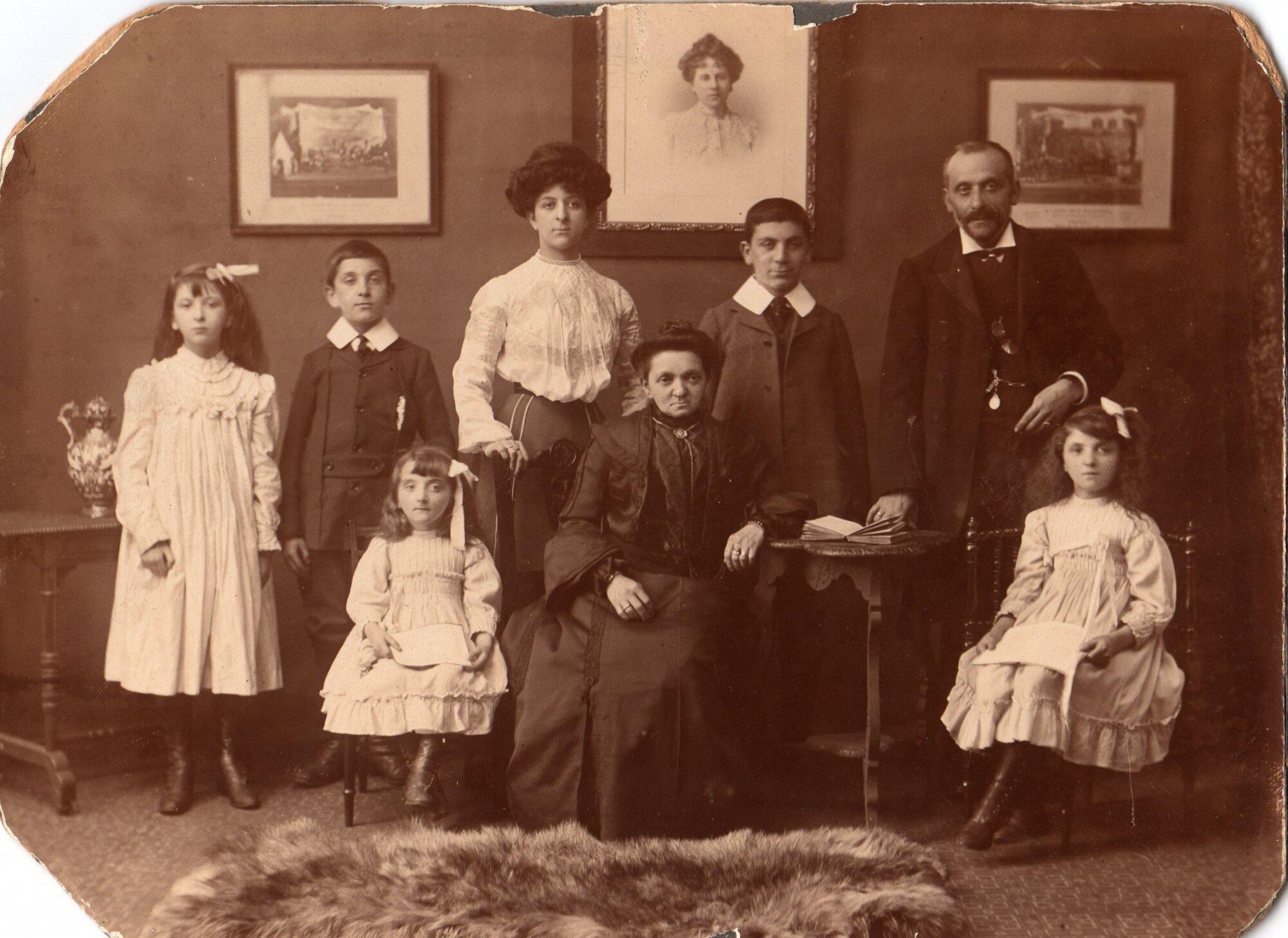 Focusing on the Garnethill Synagogue, this blog by Harvey Kaplan charts the waves of Jewish immigration to Glasgow throughout the years and the achievements of various members of the congregation.

Read more
We use cookies on our website to give you the most relevant experience by remembering your preferences and repeat visits. By clicking “Accept All”, you consent to the use of ALL the cookies. However, you may visit "Cookie Settings" to provide a controlled consent.
Cookie SettingsAccept All
Manage consent