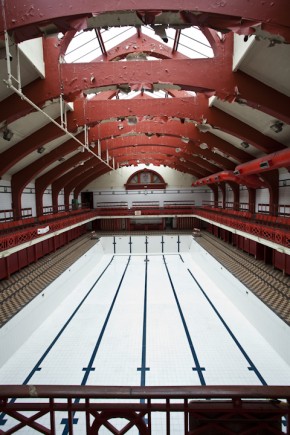 99 Calder Street Govanhill, Glasgow, G42 7RA
A.B. MacDonald (1847-1915)
The foundation stone for the Govanhill Baths was laid in 1914, but within weeks the First World War had begun, delaying construction. In 2001 their closure was announced, but after protesting and securing funding the local community prevented their sale. The baths are now due to reopen as a Wellbeing Centre in 2015.