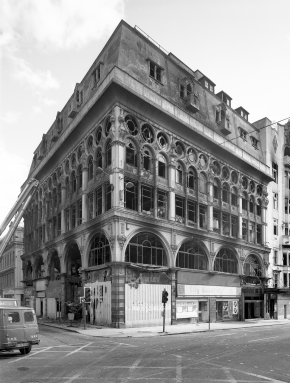 John Honeyman was born in Glasgow, where he passed the arts curriculum at the university, intending to enter the Church. But he changed his mind and travelled to London instead, meeting a various of other professionals.Later, he undertook a study tour of European and English cathedrals, and upon his return to Glasgow, started an independent architectural practice. He became known for ecclesiastical work, designing and restoring churches. He was a prolific writer and enjoyed a high public profile, co-founding the Glasgow Archaeological Society and the Glasgow Architectural Society. His firm was joined in 1889 by John Keppie and young architectural draughtsman, Charles Rennie Mackintosh. The firm later became Honeyman, Keppie and Mackintosh. Photo © RCHAMS.